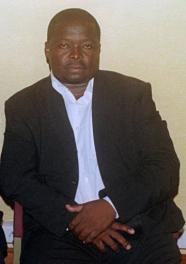 The Cameroon Association of Commonwealth Journalists (CACOJ) hereby condemns in very strong terms the diversion and manipulation that Communications Minister Issa Bakery Tchiroma has been carrying out following the death in detention of Journalist Germain “Bibi” Ngota.

Despite the creation of a commission of inquiry to examine the cause of his death, Minister Issa Tchiroma disregarded all medical ethics and released suspicious results of an autopsy carried out on the body of the late journalist.

This CACOJ considers, is a total disregard of the rules of decency and the well established respect of the death that is a hallmark in African culture. By releasing Bibi Ngota’s suspicious medical records, Minister Issa Tchiroma showed how insensitive he and the government he represents are and what lengths he will go to defend a regime that will hang onto power at any cost.

A family has just lost a husband, father, son, uncle and brother in the most atrocious circumstances and instead of giving them some solace, Minister Tchiroma goes ahead to rub salt into injury by releasing his medical results without consulting his family. CACOJ considers this a violation of the rights of Bibi Ngota’s basic human rights and that of his family.

CACOJ is now calling on Communications Minister Issa Bakary Tchiroma to use the same medium he earlier used to apologize to the family of the late journalist. The minister should also apologize to the press family in Cameroon for being so insensitive and provocative. The Minister should be reminded he does not need to be this impolite to prove Bibi Ngota died from natural causes in detention. The simple truth is he died in preventive detention without getting a fair trial and there is evidence he was tortured in detention. A high profile member of the government Laurent Esso, Secretary General at the presidency of the Republic ordered  their arrests and the commission of inquiry should also examine if the allegations against him were true.

CACOJ hereby calls on the Minister to desist from further provocative and manipulative statements concerning the death of Bibi Ngota and to wait like all like minded Cameroonians for the Commission of inquiry to release its findings.

Our hearts and prayers are with the bereaved family at this difficult time. We extend our heartfelt condolences to them

For and on behalf of CACOJ.